Looks like KTM is preparing for 2020 already as the brand’s flagship adventure tourer, the 1290 Super Adventure, has been spotted testing. The pictures look crystal clear, and as if someone was stationed there at the right time! Though the headlight is covered, we’re pretty sure it’s the same LED unit as seen before. However, there appears to be a small halogen daytime running lamp (DRL) this time around. It could be possible that KTM hasn’t decided on the final design of the headlight and the halogen light is just there for testing purposes. The windshield, TFT screen appear to have been borrowed from the Super Adventure S, and so is the ergonomics. 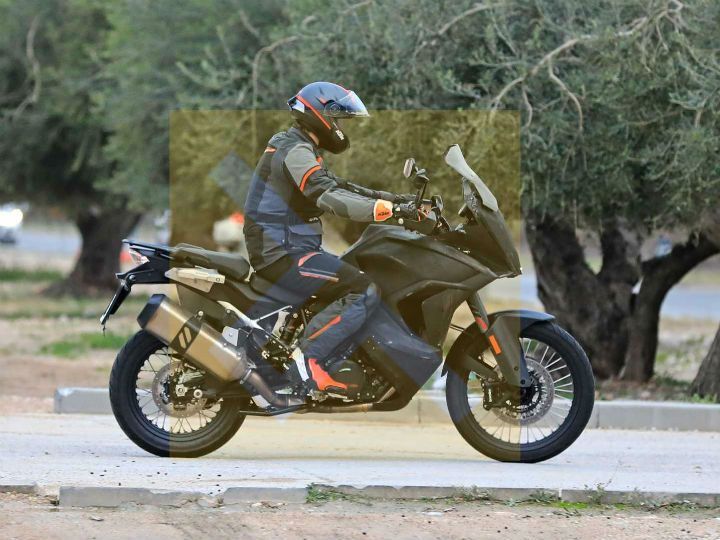 The split seat design looks different than the current-gen bike, and the rider’s seat looks quite low as well. And while the subframe seems to be the same, the luggage mounting point is different. Interestingly, there’s a huge box mounted on the right side of the bike with multiple brackets. It could be possible that this is just a housing for the test equipment. Also visible are the same set of spoked wheels, disc brakes and semi-active WP suspension as the Super Adventure R.

Another interesting detail is that the radiator is a split unit instead of a single large piece. Since it’s the 2020 model, expect the engine to be Euro V-compliant. And that also explains the split radiator setup, which is likely to facilitate better cooling without compromising on performance. Expect KTM to maintain the same 160PS of power as the current-gen bike. 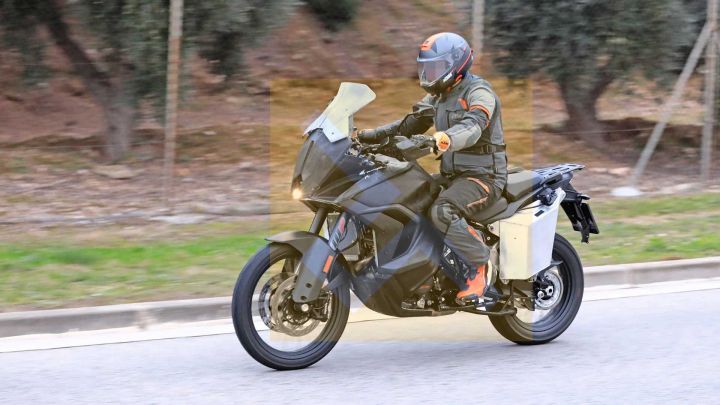 Since the bike contains elements from both the Super Adventure R and S, it is likely that KTM is looking at introduce a mid-spec variant which isn’t too extreme nor too mellow. This could go head-to-head against the BMW R 1250 GS. Expect KTM to showcase the motorcycle at this year’s EICMA show in Milan, Italy.